Forty seven riders set out on the Legbreaker in the cold and misty weather. The faster riders set out first and groups of ten at two minute intervals after. I was riding with a group but managed to end up alone in the wilds of the Moorlands, worrying about the locals and if they could tell I voted remain? Who knows what pagan rituals go on around here? Think of the scene in the film “Wicker Man” and you will see where I am going with this and no, not the scene with Brit Eckland!
The feed station was set up well by Andy Bain and was much appreicated after the hard slog to reach it. The B group had mechanical issues and had decided to cut short the ride which was a shame but great effort by all riders. The climb up Hollinsclough was tough and the weather had turned again to mist and chilly so the climbs soon warmed the riders up. I was caught by two riders by back of The roaches so we carried on together up Gun and on to Lask Edge where I pulled off for home and a wellcome shower. Thanks to Andy Bain for putting out the signs and for manning the feed station. No thanks whatsoever to Nick A who came along to put out the signs and did nothing but complain about missing the Archers on Radio Four and about not featuring in this weeks CW and boasting about his newly aquired Blue Badge and wanting to park on every double yellow line on the route! However, the threat of a flask of instant coffee soon had him screaming and running along to put out the signs!
Nick A 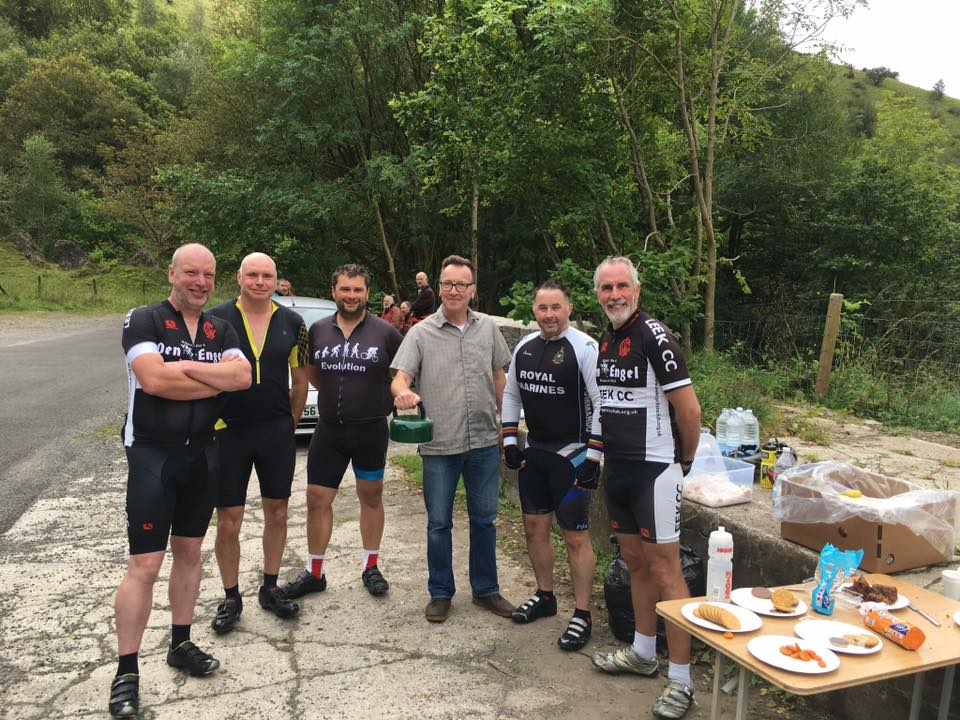