Nine riders set out on the steady ride to Hartington. The main group were heading for Matlock but note there was some confusion over to the exact destination so I can only assume they went there. The steady group dropped me on the way through Leekbrook and along the lanes to Basford! We did re-group and continued up to Ipstones and up to Cauldon Lowe before dropping in to Blore. At this point, the mighty “Two Sauces Symcock” joined us after finding the main group pace a little hard to keep up with. We dropped in to Ilam and took on the climb out where we had fun seeing Simon M on his French, nineteen twenties single speed frame. He almost made it and had to admit defeat just near the final bend but did make another attempt to complete. We carried on in to Alstonfield and in to Hartington where we were soon enjoying coffee and cake.
It was decided to head back by the direct route so we rode back along the road to Hulme End and up the climb to Warslow before turning for Morridge. Here Aide M set a punishing pace and dropped the group. He was caught near the foot of the second climb and I took a turn on the front to shelter him from the wind, well tried too with my thin frame! He soon recovered and took the KOM, well done Aide.  We re-grouped and descended to Thornclife where Aide M had a puncture but simply decided to pump it up and deal with it at home so we carried on in to Leek arriving at 1.05Pm after a 34 mile ride. Thanks to Andy Bain for leading the ride and it was so good to see Simon M back out on the bike after his accident.
Nick A 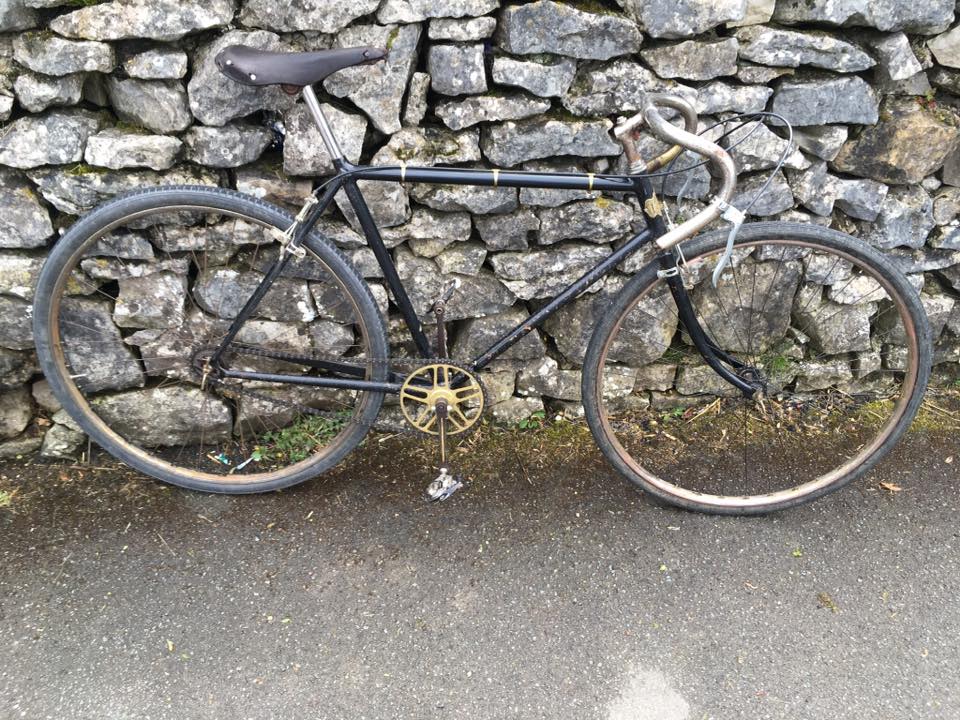