The main group set out for Ellesmere and at a average of eighteen miles an hour while eleven sensible riders set out for Marton at a steady pace. All eleven riders had a different idea of the route so we had a few issues with each turn and when passing through Rudyard, we split up in to two groups. We headed up to Horton and Laxedge and over Biddulph Moor. We carried on past the Cloud and  in to Marton. We pulled up at The Old Barn where we found the other group already seated, we must have passed each other on the way as we were minutes behind. We sat out and enjoyed the sunshine and talked about the Giro and the cost of cafes in Cheshire. I note that “Two Sauces” was down to one sauce, could this be a diet?
We headed back via Gawsworth and Sutton before reaching Wincle and Dane Bridge and Gun Hill. I turned off here to head back to Biddulph while the group headed back through Meerbrook and arrived in leek after a thirty eight mile ride led by Steve, thank you for a amazing route along quiet lanes and easy climbs. It was nice to see some new riders including Shaun M’s wife, Helen. Thank you to all the riders who complimented me on my interview in Cycling Weekly. I am pleased that autism is being talked about and the feedback from the autism community has also being positive.
Nick A 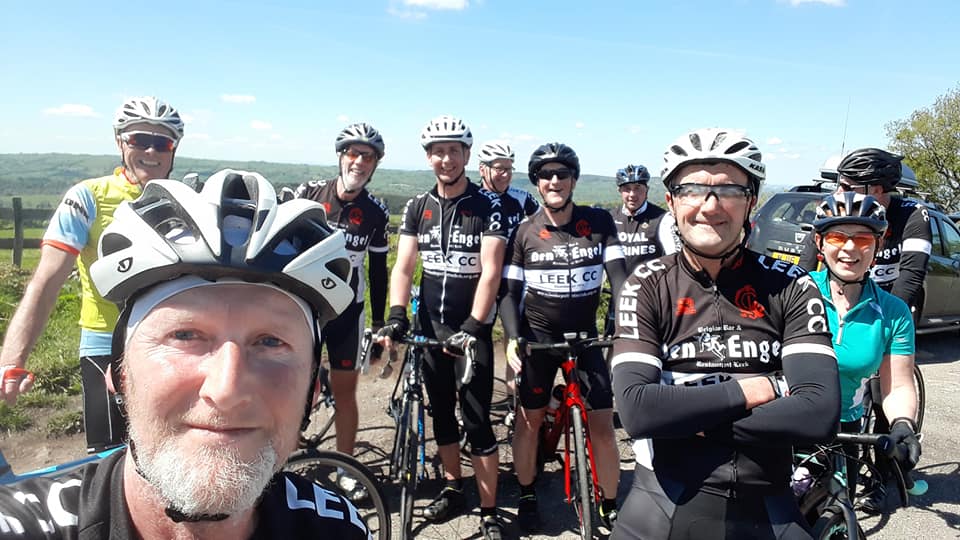 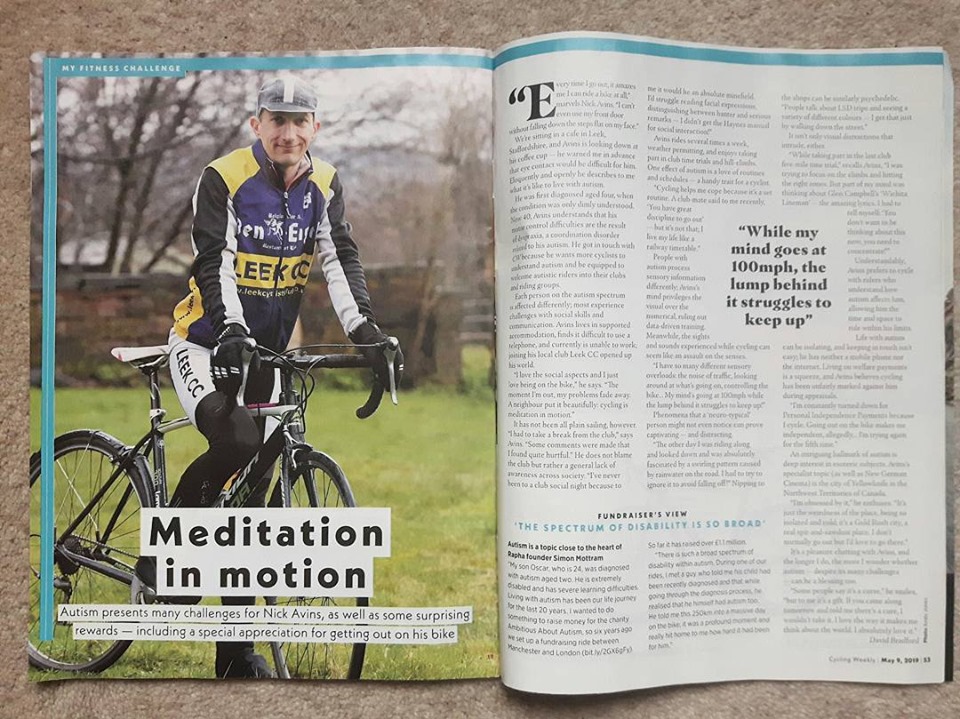 The interview with Nick which was in this weeks Cycling Weekly