Fourteen riders turned out for the main group ride to Carsington water. Andy Bains group rode out to Wetton to a new cafe in the village. We set out along Ashbourne road and much to our surprise we turned off along School Lane in Bradnop so this soon warmed us all up. We then dropped in to Onecote and up to Butterton before reaching Mill Dale and Parwich. We then headed towards Longclife before turning off to head to Brassington and then in to the visitors centre at Carsington. Here we found club member Jonathon enjoying a drink so we invited him to join us inside. We were soon enjoying beans on toast and cakes and coffee.
It was decided to head back via Hulland ward and Bradly before reaching Snelston and Norbury and the long climb to Ramshorn. Here we re-grouped and headed along Ipstones edge and here “Storm Gareth” decided to attack on the descent to Bradnop. Cheered on by a few riders, he was soon in front but the others were not going to let him get away with it so then I found myself at the back, struggling to hang on but managed to catch up before Lowe Hill. We met up in Leek after a fifty three mile ride. Thanks to Dave M who led an interesting new take on the usual route to Carsington and one we will have to ride again sometime. It was good to see Chris E back out after his accident.
Nick A 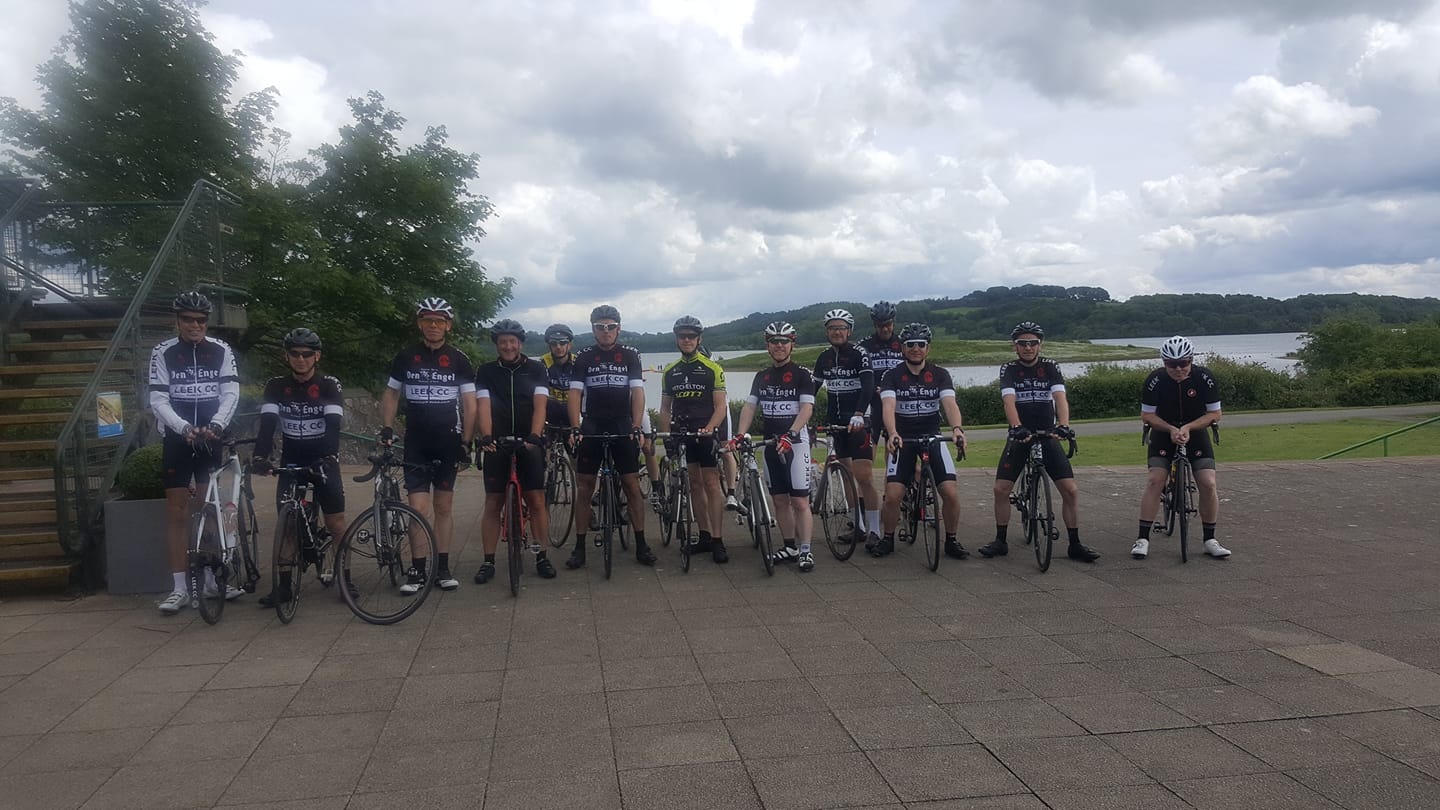 The 9am group at the Carsington vistors centre