The 8am group were heading up Gun Hill while the A group went to Knustford, the B group headed to Bolington. We headed out along the main Mac road and turned off for Gawsworth and headed to Prestbury and along some fine Cheshire lanes until we reached Bollington and the cafe. We sat outside and enjoyed the welcome warmth after many weeks of rain.
It was decided to return to Leek via Pot Shrigley and the Brickworks climb which soon warmed the riders up. At the summit, we were overtaken by Laura Keeny, track champion which was nice to see. We re-grouped and carried on to Kettleshume and up to Pyms Chair which left a few riders gasping for breath in the heat. We dropped down in to the Goyt valley and found the road had been closed off but other riders had been on line to to say it was passable. We rode on to find two bridges had parts washed away by the heavy rain and we could see in places just how high the water level had been. We decided to head back by the more direct route of up to the Cat And Fiddle pub and turn off to head back down to Wildbourclough and Wincle. I left the group just near the top of Gun Hill to head home while the group carried on to Leek to complete a 51 mile ride. Thanks to Steve B for leading the ride.
Nick A 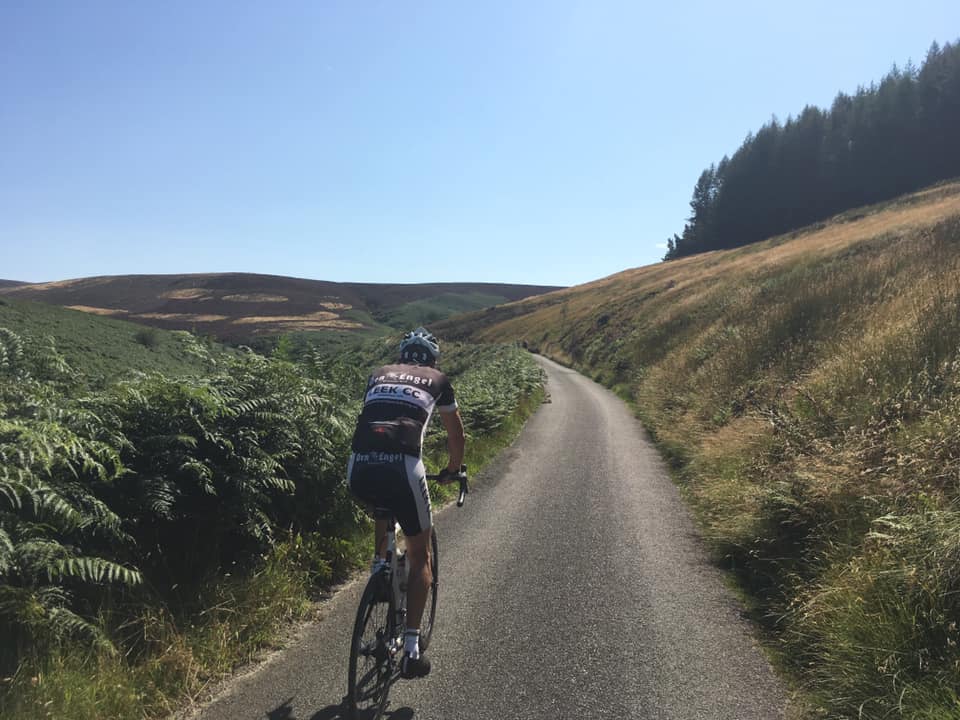