The main group set out for Abbots Bromley while the B group aka The Magnificent Seven set out for Knutsford. We set off a brisk pace along the main Rudyard road and re-grouped at Bosley Lights before turning off for Gawsworth and Broken Cross and Alderly Edge and in to Great Warford before reaching Knutsford and the Lambing Shed. We decided to sit outside and enjoy the rare sun and dry weather before realising that every wasp in Cheshire had the same idea. The riders were soon enjoying Bacon Rolls and discusing the cost.
We decided to head back via Toft and on the way out of Knutsford, we were amused by the sight of a lane full of gated communties which led to a disscusion on how life would be in such a estate. We carried on in to Marthall and Over Peover before reaching Morton and back in to Gawsworth and Bosley Lights. We rode through Rushton spencer and here I left for the sunny delights of Biddulph. I was told it would be a sixty mile ride so well done to all riders and thanks to Roger G for leading the ride and for putting up with our banter over his sense of direction. Thanks to Steve B for stroking the tempoary traffic lights in to letting us through! I note that Neil Canbell has broken the cycling speed record of 174mph so I expect he will be out with the thrash group on Thursday then!
Nick A 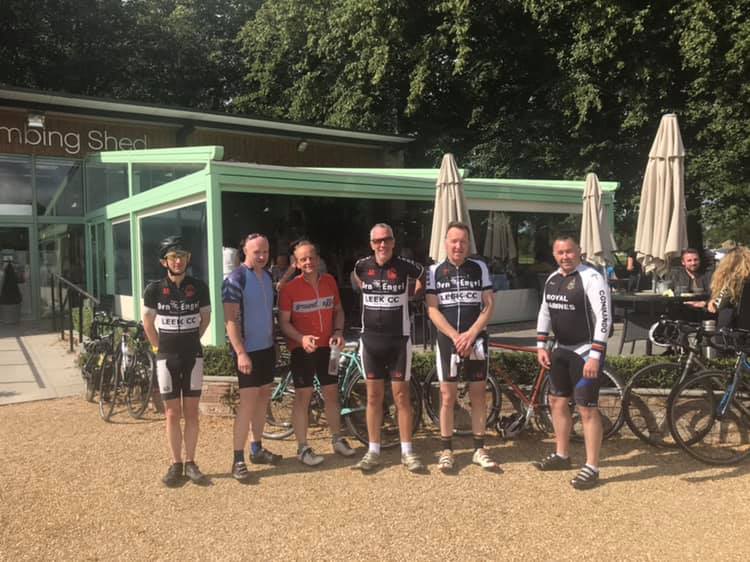 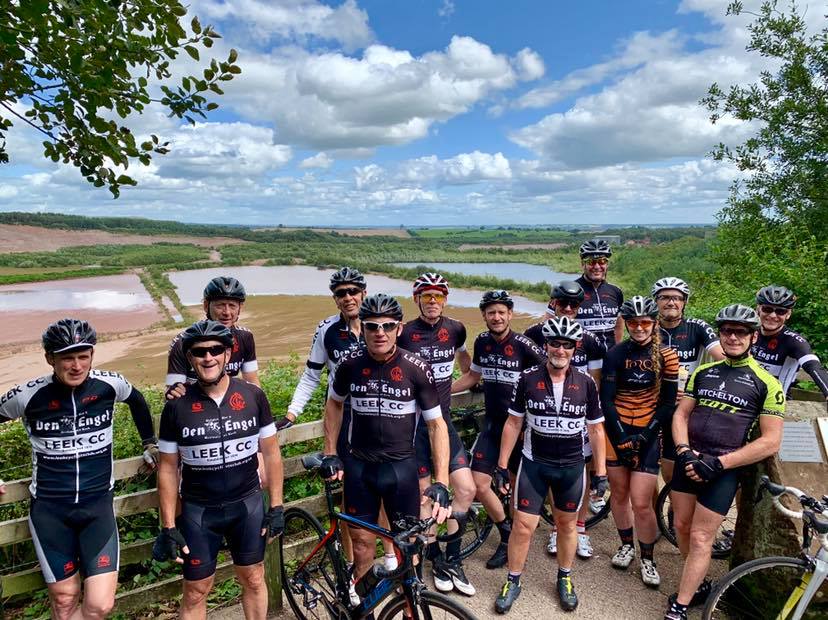