The eight AM group went out to Foxt while the main group went out Cheshire way as I spotted them returning on the main Mac road and it judging by the tired faces as I drove past, it must have been a tough ride. The B group went out to Wetton via Throwley Hall and included a mature veteran cyclist among the group. What was I doing while the club were cycling? Well, I was out litter picking around Warslow as I suffer with Raynards that only affects me when out cycling worse luck so I like to show my love of the Moorlands by removing the litter, six bags from the one stretch of road!.
Nick A 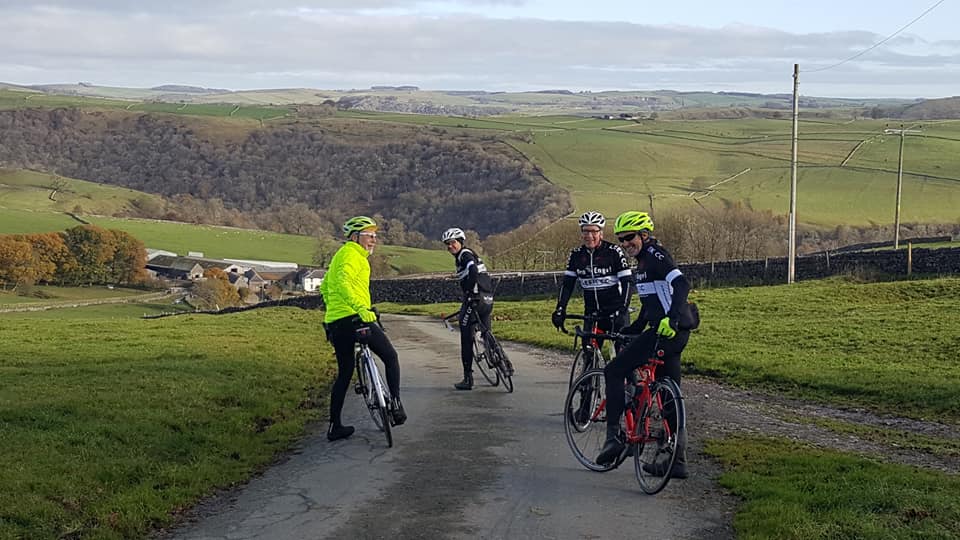 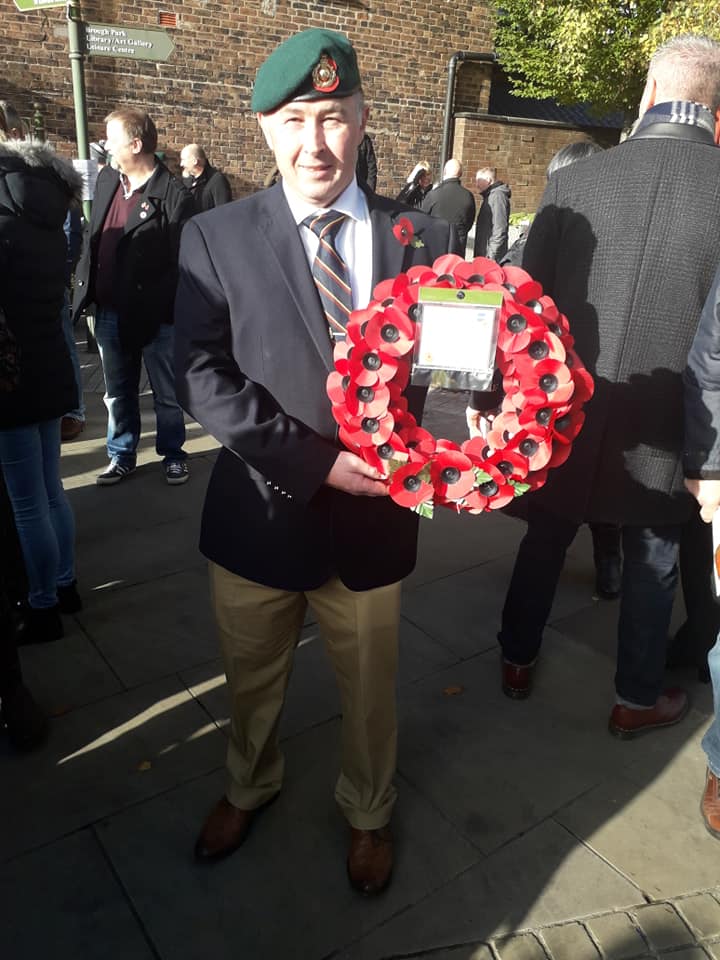 Club member and former Royal Marine Sean Daly proudly placed a wreath on behalf of Leek Cyclists Club at the Remembrance Service at the Monument on Rememberance Sunday.