We had quite a large turn our for both groups on Sunday as there were a few riders out we have not seen for a while due to ill health and other reasons but nice to see riders out with the club. The A group set out for Matlock and returned back to Leek via a route that took in the Outer Herbrides. Meanwhile, the B group set out for Whetton via Leekbrook and Ipstones and Windy Arbour before dropping in to waterhouses and along to Calton and past Throwley Hall and in to Ilam. The climb out of Ilam soon warmed us all up and we continued in to Wetton before reaching the Village Hall and were soon enjoying Coffee and cakes as well as beans on toast.
We returned by the steep descent in to the Manifold Valley and along the track and through the tunnel which raised a few laughs before reaching Hulme End and here we turned off for Warslow via the steep climb out. There was some discusion about the best way to Morridge but as they all involve hills, we decided to head back by the direct route and so took on the climb. Rich C took the KOM title here. The group descend in to Thorncliffe and I parted company to head back to the delights of Biddulph. A great ride led by Andy B despite the moaning about hills. The lesser cyclists out there meanwhile took on a flat stage of the TDF. 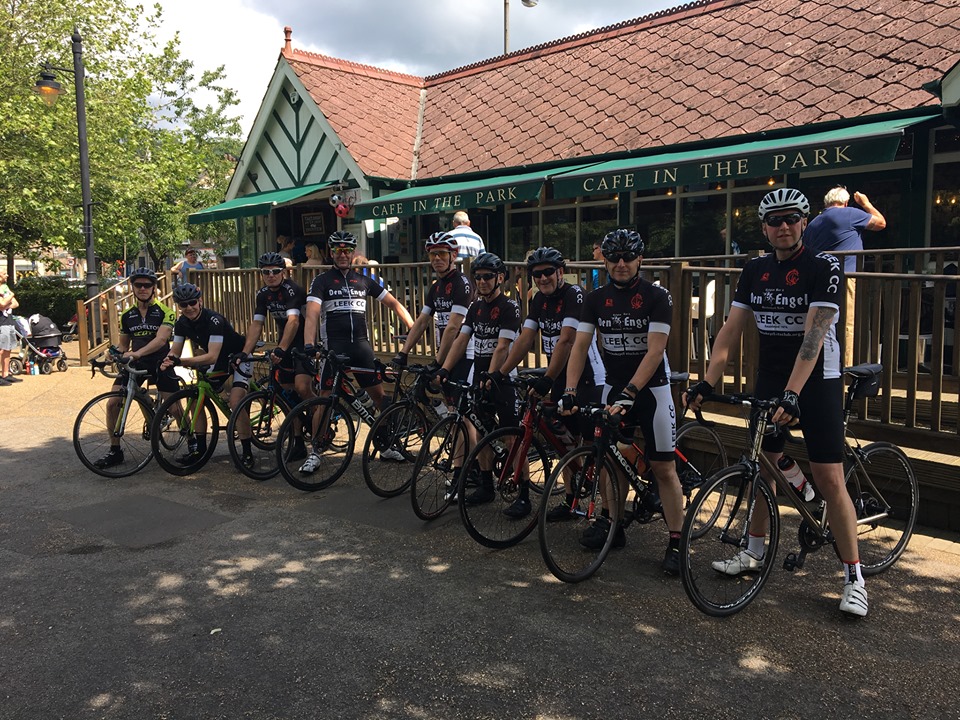