The main group set out to ride the reliablity route backwards while a select group of three riders and myself set out for Monyash. I was allowed to join the B group on the understanding that I would make them look good in the log. What can I say, I like a challenge! We set out along Thnornclife and in to the fog on Morridge before dropping down in to Newtown and the clear skys. We rode through Longnor and in to Earl Sterndale before reaching Hurdlow and Monyash. We were soon enjoying coffee and bacon rolls and the Thursday night thrash was debated. Myself and Rodger raised a few eyebrows at this and though better of it, not for us!
We decided to head back to Leek via Parsley Hay and along Longdale and in to Hartington before reaching Hulme end and we turned off for Butterton for a change. We decended in to Onecote and climbed up to Morridge where we could see the rain arriving again after a rare dry spell. We carried on back in to Thorncliffe and in to Meerbrook where i dropped off to head home while the group carried on to Abbey Green and Leek.
Thanks to Phil G for leading the ride and it was good to see Phil back out after a period of ill health.
Nick A 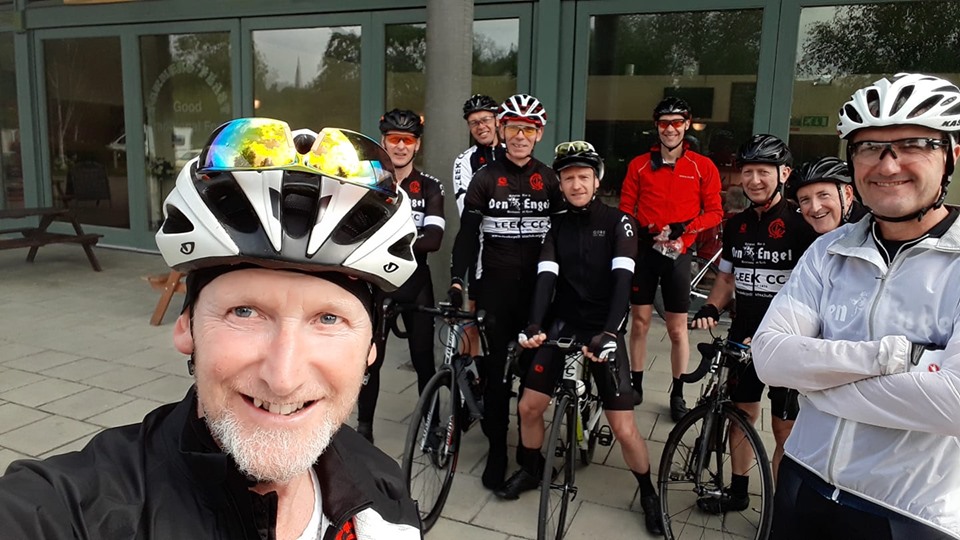